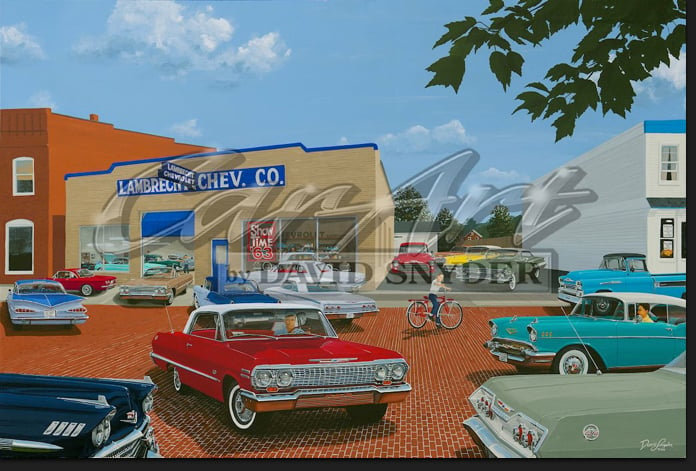 On August 3, 1963 an Ember Red Chevrolet Impala rolled off the assembly line in Janesville, Wisconsin. Five days later the car was delivered to Lambrecht Chevrolet in Pierce, Nebraska. No one came up with the $3254.00 purchase price and when the new 1964 Chevrolets made it to Lambrecht the 1963 Impala was sent to the back of the dealership. It remained there until 2013.

No one really knows why, but dozens of very low miles cars and trucks were left unsold at Lambrecht Chevrolet and sold at auction in September 2013. The red Impala was sold with only 11 miles on the odometer! The new owner of the car won a radio call-in contest in 1962 and was awarded a new Schwinn Flying Star.
Available Prints Cost
Limited Edition $100.00